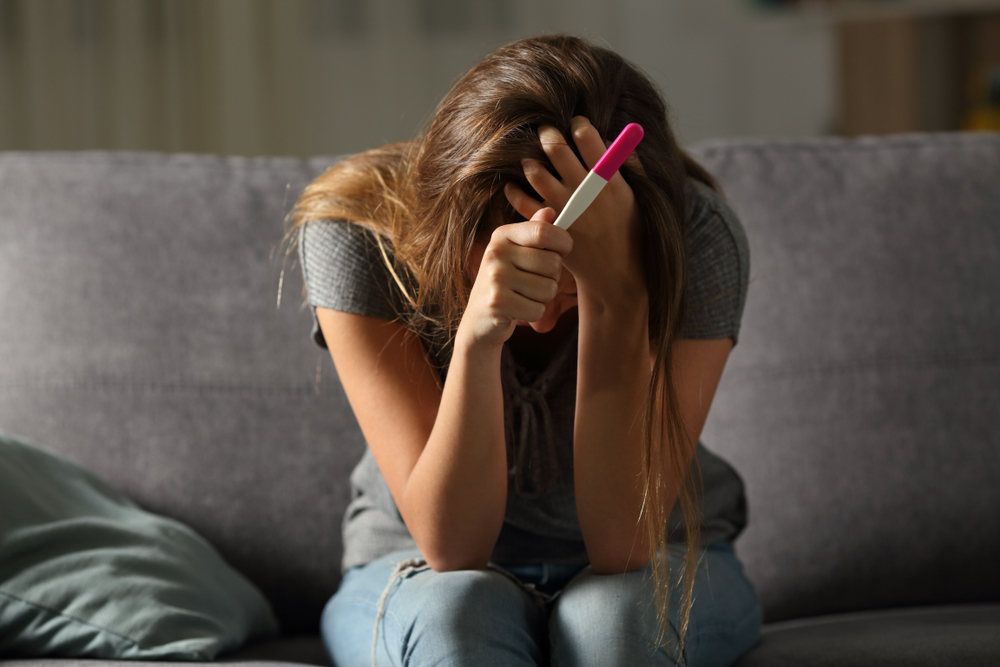 Of course, after a few days of conflicting signals, taking a pregnancy test can be nerve-wracking. Also, the potential for an inaccurate pregnancy test enhances this. While the modern pregnancy test is a huge medical innovation with a complex hcG detection method, it’s not completely flawless.

Just like contraception methods, there are unfortunate situations in which the test results can be inaccurate. Fortunately, however, a gynecological office can resolve these uncertainties with a thorough, subsequent pregnancy test. Read on to learn about how pregnancy tests can indicate false negatives, positives, and the various alternatives.

Are Pregnancy Tests Ever Incorrect?

Yes, there are occasions in which the pregnancy test can yield a positive result, and be incorrect. These situations are called “false positives”, and there are a number of reasons that they can occur.

Chemical pregnancy is the term which describes a very early miscarriage. Generally, this occurs if the embryo cannot implant early on.

In most cases, women couldn’t even detect a chemical pregnancy without a test. So, while it’s true that the woman would be pregnant for a short period of time, the pregnancy would end very early on.

It can take a semi-lengthy period of time for hormone levels to stabilize again following an abortion, or in the aftermath of a miscarriage.

Expired Test or Other Error

Finally, use a non-expired pregnancy test, leaving it in the urine stream for the specified amount of time.

Depending on the brand and design of the pregnancy test, there may also be a second, faint line. This line, often called an evaporation line, will show up after the  test’s urine evaporates. Following time directions as precisely as you can is the best way to avoid any confusion.

Fertility-boosting medications can sometimes bring about the presence of pregnancy hormones. Therefore, taking a test too early could trigger a pregnancy test false positive.

In simple terms, an ectopic pregnancy occurs when an egg is fertilized, but is not properly implanted in the uterus. It then becomes stuck in the fallopian tube. The embryo produces hCG regardless, and may trigger a false positive.

False negatives are actually far more likely to occur than false positives. There are three primary factors which could influence a test to yield a negative result, while the woman is actually pregnant:

1. Taking the Test Too Early

It can be tempting to take the test after a missed period, especially if that has never happened before. But, it’s best to wait one week after a missed period before taking a pregnancy test, so that the hCG is detectable. Tracking your periods is one way to avoid confusion.

It’s natural to be anxious to check the test results soon after placing the pregnancy test in your urine. But, for accuracy’s sake, be sure to allow the test to work for the designated amount of time.

As you go through the day, your urine will gradually become diluted through intaking various fluids. So, taking the test early in the morning is the best way to avoid this false negative.

When’s the Best Time to Take a Pregnancy Test?

As previously stated, improperly timing the pregnancy test could inspire false results, both positive and negative. Timing is essential to ensuring the accuracy of the test. And, if applicable, you’re able to make an informed decision about potentially seeking an abortion.

It’s vital to wait at least a week following your missed period to take a pregnancy test. If the period’s late, then you will have taken an unnecessary test.

Also, taking a pregnancy test early in the morning is the best way to ensure that the urine is not diluted. When your urine is more concentrated, the test can more accurately measure hCG.

Inconclusive pregnancy tests can stir up an understandable amount of confusion and stress for women. So, if you have a reason to believe that you’re pregnant, then following up with a secondary test is important.

Blood tests examine the blood content of the woman, rather than the urine. They also test for hCG, the pregnancy hormone. And, there are actually two different types of blood pregnancy tests, both of which can generally offer a firm result sooner than others. Depending on your individual medical history, the gynecologist might recommend one over the other.

This blood test measures the exact amount of hCG that’s present in the blood. It can detect very low amounts of hCG, meaning that it’s better at tracing pregnancy throughout numerous stages.

While it doesn’t measure the amount of hCG present, quantitative blood tests determine whether or not it’s present at all.

Pelvic exams aren’t specific to pregnancy tests, and gynecologists actually perform them regularly. During a pelvic exam, the gynecologist examines the various reproductive organs, as well as the external genitals. In essence, this is how gynecologists test for cervical cancer.

Also called an ultrasound, this is a common way for gynecologists to examine a child’s development throughout the pregnancy. However, this investigative procedure doubles as a way to determine whether a woman is pregnant or not.

By applying gel on the abdomen, the sonogram can detect movement in the uterus through sound waves.

If you feel you may be pregnant, then of course you should take a pregnancy test. Doing so ensures that you can make an informed decision that’s best for you – whether that’s preparing for a child, scheduling a surgical abortion procedure, or scheduling a medical abortion.

Regardless of these factors, our staff is always here to help you navigate these times as smoothly, safely and efficiently as possible. Contact us for more information about pregnancy testing, or any other procedure.

All of the Stony Brook Women’s Health offices remain open to serve our new and established patients.

The health and well-being of our patients continues to be our top priority, and we are confident in our ability to continue treating our patients with the very best care.

Our staff is taking all necessary precautions, and are dedicated to providing you with a safe environment. We will continue to monitor the COVID-19 pandemic closely and comply with recommendations and instructions from our local and state health departments.

Please be aware that at this time Stony Brook Women’s Health will not be taking appointments for Surgical Terminations; this service will be available again once deemed safe by our team.